are, on the whole, very accessible and have amazing scenery to keep your interest.  Below, we have compiled some of the more popular walks and a rough idea of their routes. 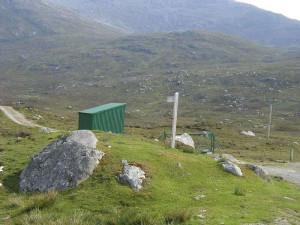 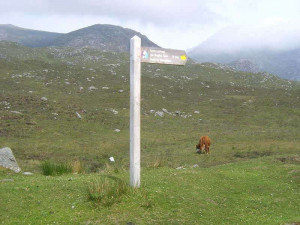 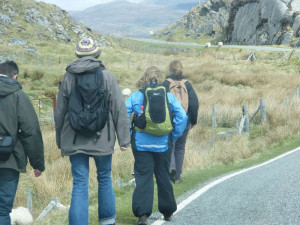 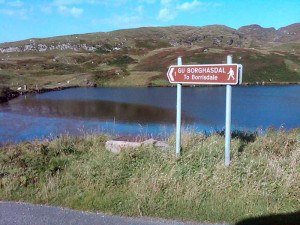 An Cliseam on the Isle of Harris at 799 m is the highest mountain in the Outer Hebrides and the archipelago's only Corbett.  Ascend via the path from the car park on the A859.

The first image shows the starting point of the walk.  The most northerly peak is Mullach an Langa (614m) and from here the ridge runs south over Mulla-Fo-Thuath (720m) to Mulla-Fo-Dheas (743m) where the ridge turns east to An Cliseam before dropping to Tomnabhal (552m).

There are scattered crags on this ridge, particularly on the north faces of the higher tops.

Follow the A859 to just east of Horgabost and Glen Horgabost, turning off this road to reach the car park. If driving from Rodel turn left, if travelling from Tarbert turn right.

Start at the car park and walk back up the car park entry road to the main A859. From here walk a short distance west until you cross a bridge and then veer off onto the grassy machair on the north side of the road as you make your way on to Traigh an Iar beach.

Please avoid the land on the south of the road as this is crofting land and please keep all dogs on a lead.

Walk along the beach and then head north, back up on to the headland to climb Macleod's Stone which provides a spectacular viewpoint over to the Isle of Taransay and the North Harris hills.

The walk continues over the machair heading back towards the A859 and on to the car park.

Walks on Harris, Guided Walks through the North Harris Trust.

an organised program of walks throughout the summer – some lead by the North Harris Ranger. This year we are doing a regular Eagle Walk every Wednesday – and so far we’ve had 100% success rate. The walks program is at click here

Guided walk program starts at the end of May and runs to the end of august. In September we have the Isle of Harris Mountain Festival, then at the end of October we run Roaring & Rutting walks to hear the stags.

One of the best reasons for visiting the Isle of Scalpay is to do the Island circular route past the lighthouse.

The total distance is about 13K and takes about four hours or so.

There is a lot of wildlife along the route and so allow time to stop and observe,  Otters can be seen along this route.